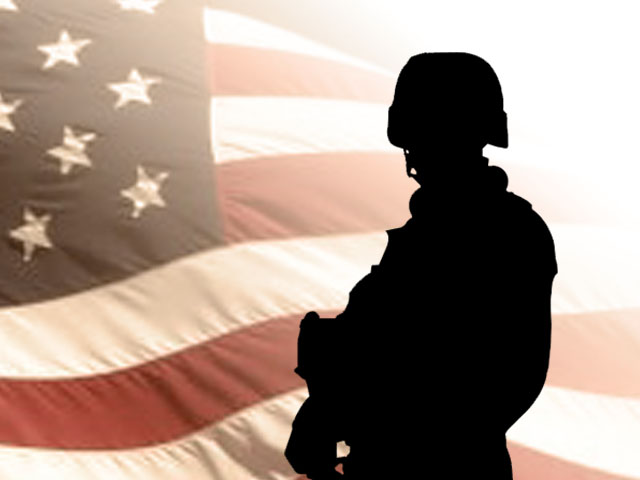 The Army announced Oct. 10 it exceeded its Fiscal Year 2008 goal by recruiting more than 169,500 men and women in all Army components.

“When you look at all the variables together, this is the strongest recruiting year we’ve had since 2002,” Under Secretary of Defense for Personnel and Readiness David S. C. Chu said during a Pentagon press conference today.

Contributing to the success of the Army’s recruiting efforts this year were bold and innovative programs such as “Active First.” Active First is an Army National Guard initiated program to increase its number of prior service Soldiers, while simultaneously contributing to active duty accessions. The program targets new recruits who would like to serve on active duty for a period of time and then transfer to the Army National Guard for completion of their contract. The Army National Guard recruited 1,604 Soldiers who accessed into the Active Component in Fiscal Year 2008.

Sustaining our high quality and professional All-Volunteer Force is driven not only by recruiting, but also by retention and attrition. While fighting the war on terror, the Army surpassed its combined Army-wide retention goals each year since 2002. “Our continuing success in accomplishing the Army mission is directly attributed to the talented men and women of our Army who provide ‘boots on the ground’ around the world,” said Maj. Gen. Thomas P. Bostick, Commanding General of U.S. Army Recruiting Command at Fort Knox, Ky.

The Active Army retained 73,913 Soldiers in fiscal year 2008, finishing the year at 114% of that mission and the Army Reserve finished the year achieving 111% of its retention mission. The Army National Guard ended the fiscal year at 93% of established mission – a conscious decision to stop retaining due to high end strength. “Retention in our force continues to be strong,” Chu said.

“Recruiting isn’t a challenge for the Army, it’s a challenge for the nation,” Bostick said. Fewer than three out of ten of the nation’s 17- to 24-year-olds are fully qualified for military service, and the rest don’t meet the Army’s standards for health, education or character without a waiver. Nevertheless, every Soldier who ships to Basic Combat Training has a high school diploma or equivalent. Additionally, in FY 2008 over 3,544 enlistees in the Regular Army and Army Reserve had bachelor’s degrees, 284 had master’s degrees, and 16 had doctoral degrees.
A small number (less than one-half-of-one-percent) of enlistees did require a waiver for previous serious misconduct. Waivers are approved or disapproved based on their merits and the whole person concept, without consideration of mission accomplishment or waiver percentages. The Army continues to monitor the effect of waivers.

“I’m confident that we have a very high-quality force. I’ve never seen a better Army, ” Bostick said. “The men and women coming in to the Army today do so because they are patriots.”

Army leaders have long emphasized that recruit quality cannot be measured only by test scores and diplomas; these metrics do not capture the heart it takes to be a Soldier. Army training and education brings out the best in Soldiers, strengthens them physically, mentally, and emotionally for today and for life. We also know that the Army recruits Soldiers, but retains Families, and remains committed to providing a high quality of life for every member of the Army Family.

Other programs instrumental to recent recruiting success include:

— Referral Bonus Programs effectively and substantially complemented recruiters’ efforts to meet mission. These programs have allowed the entire Army to assist in recruiting efforts. Of the total Regular Army and Army Reserve mission, Referral Bonus accessions accounted for almost nine percent of our Regular Army mission and almost 25 percent of the Army Reserve mission. Almost one in five of these referrals signs an enlistment contract, compared to the typical 150:1 ratio of “contacts-to-contracts” typically faced by recruiters.

— The Future Soldier Remote Reservation System has changed the dynamics of the recruiter-applicant relationship. Recruiters can now pre-qualify and schedule a training seat for a particular job, all without leaving an applicant’s home. This makes the enlistment process more transparent to the applicant and their family members, allowing everyone to take part in this very important decision. Almost one-third of our Regular Army mission and more than one-quarter of our Army Reserve mission were met using this system.

The Army continued to focus on sustaining the All-Volunteer force by launching several recruiting initiatives this year that include:

— The Army Experience Center (AEC), opened in Philadelphia, PA, 29 Aug 08. Replacing the traditional storefront recruiting station, the AEC is the Army’s recruiting and marketing laboratory designed to inform visitors about the many opportunities for Army careers, training, education, and personal growth using virtual experiences that entertain while educating. The AEC will act as a hub for community outreach activities, high school visits, and other Army engagements in the community. The Army Experience Center features virtual reality and simulators of Army equipment to make learning about Army opportunities fun and engaging.

— The Army Preparatory School (APS) is designed to address the national high school graduation challenge. The Army’s Training and Doctrine Command (TRADOC) established the APS as a GED completion program for high-quality applicants at Fort Jackson, SC, the Basic Combat Training Center of Excellence. This course opened in Aug 08. The Army enlisted 420 recruits in the APS program during FY08.

— The Army Advantage Fund (AAF): The Army Advantage Fund, a test program introduced this fiscal year, provides Soldiers new avenues to success after their Army service. Soldiers who qualify can choose a considerable down payment for home ownership or significant seed money to start their own businesses. The Army enlisted 306 recruits with the AAF option during FY08.

With the continued support of Congress, the American people, as well as the selfless service and sense of duty demonstrated by those serving today, the All-Volunteer force will remain strong. “Overall, we’re starting in a stronger position in fiscal year 2009 than we did in 2008, ” Chu said.