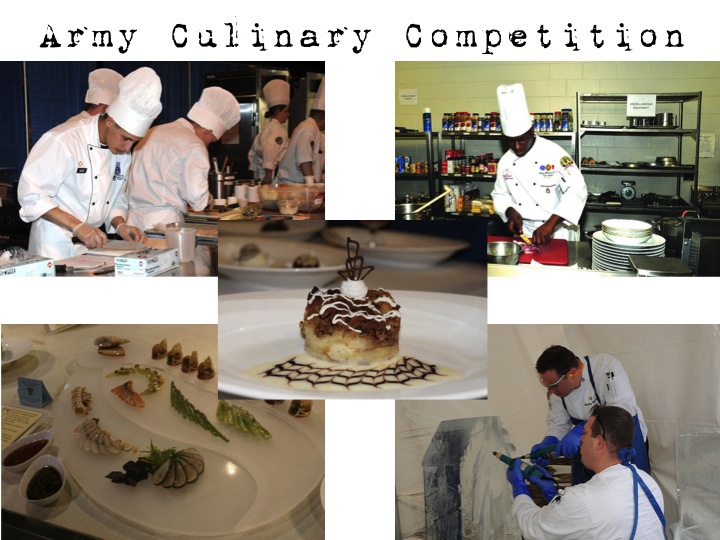 Ice carvings, fancy china and picture perfect food.  It’s not a five star restaurant but rather the 34th annual U.S. Army Culinary Arts Competition at Fort Lee in Virginia.  The story was picked up by the Washington Post and certainly presents a side of the Army most people don’t know about.

Why can you learn from the Army from these competitions?  In 2004 I had a Soldier who served in my battalion compete in this competition.  We had encouraged him to compete at each level required to make it to this final round.  It demonstrated that hard work was rewarded.  He went on to win in his category and as a result we lost him.  He was selected to cook for the Army senior leaders in the Pentagon.  A year later I saw him in the Pentagon.  He shared with me what a difference the experience made on him.  As hard as it was to give him time away from his job to compete, the result was an “employee” who was now dedicated to the Army.

Lessons for other organizations:  Competitions are great ways to recognize the performance of your team members and can help promote the benefits of working for your brand.  If you include a social media element to the competition it can also serve as a great marketing tool.