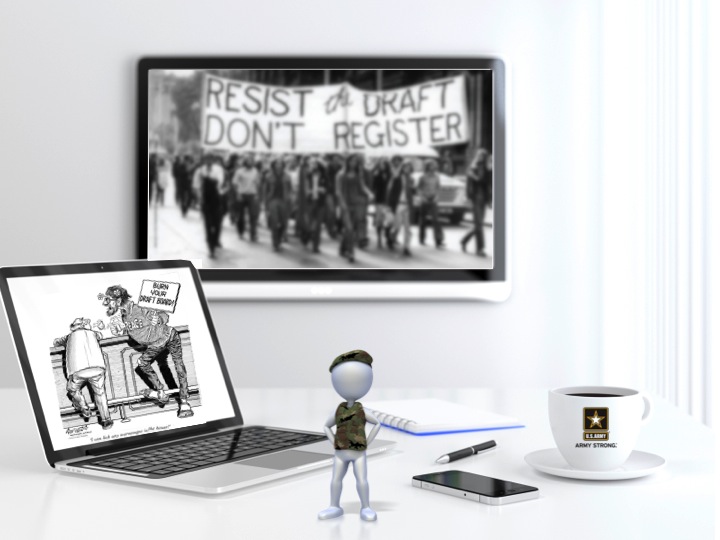 It’s been a while since I posted anything but today I saw an article in AdAge that caused me to write a long response.  Unfortunately my response was too long and so I am providing the full length version for those who are interested.

As the former Director of Marketing for the Army Strong Campaign I would like to provide a little more detail for all who read this article.  The intent is to provide a more accurate story and to offer some suggestions to Nick Brien with the hopes it will improve the current relationship between the Army and McCann at the program manager level so if the Army ever has a struggle meeting its recruiting requirements there is a team that will work together to overcome this challenge.

Let’s make sure we all understand one thing.  This is more than a business!  Failure of raising an all-volunteer force could lead Congress to reinstate the draft.  (Read that again) That fear was what kept me awake at night.  Trying to raise an Army during a time of war is not like selling a product.  From day one in my job I tried (and failed) to breakdown the walls of them and us and build an Army/Agency Team.  Despite that, we still accomplished some amazing things.  It just wasn’t as easy as it should have been.

First, anyone close to this business knows that it was a surprise that McCann won the review.  How many agencies win business when a majority of the program managers for the client are unhappy with their performance?  Let’s be very clear that the government contracting process is not the same as in most corporations, so comparing the results of this contract with other review processes is not accurate.  This business was put up for “review” based on legal requirements; the contract had reached its term.

Second, McCann has taken credit for the Army achieving its recruiting goals.  I was accidentally given a copy of a video they produced to use for pitches to other clients saying “McCann not only met, but exceeded the number of contracts….” yet in reality any time we discussed contracts they insisted their mission was only to provide leads.  Ask a recruiter of what they think about McCann and they will tell you it is an agency focused only on leads.  It’s contracts that put people in uniform!  The agency needs to break this glass wall and look for creative ways to be responsible for more than leads.  It can be done.

Third, unless something has radically changed since I retired from the US Army, McCann is not the flexible organization that the Army really needs.  Unless they change, the Army will suffer once the economy improves.  (Suffer does not mean failure, it could just mean an increased marketing cost/recruit and any money spent on marketing is not being spent on equipment for Soldiers)  The company was not good at integrating work, which had a big impact on our budget.  When I first took over the position the agency didn’t even pitch TV and digital creative together.  I asked, “if TV is driving to the web, what happens when they get there?”  The Army invested thousands of dollars in a consultant to review the digital work of McCann…yes, we had to go to that extreme to get them to listen that we were not happy.  I retired before I was able to see how much they changed.

Fourth, McCann lacks humility.  Many senior members of the agency at the time refused to accept that the client knew more about the business than they did.  Although the Army does not specifically have marketing specialists, the public affairs team that work on this account know the Army.  Many have served in uniform and even been recruiters themselves.  Collaboration is needed to really help the Army.  Our watchwords for the account were “authentic and verifiable.”  We used real Soldiers in our TV spots.  I once offered to let a 2X veteran of Operation Iraqi Freedom work with the creative team at McCann to ensure they developed realistic creative.  The creative team failed to use him to develop the best work for the Army.

Fifth, McCann did a great job with HALO 3 that was early in the campaign.  However, the agency was very slow to help the Army get into social media.  Long story short, I literally had to say “here is how you are going to make money from us…”  Programs such as Straight From Iraq and the first Tweet from space were internal ideas not generated by McCann.  Although these programs won awards, they didn’t achieve their full potential.

Sixth, McCann was terrible at providing the Army metrics needed to make decisions.  The Army gave McCann over 2 years to develop a dashboard that finally the Army turned to another contractor to provide.

Final point, although I have offered many areas that I felt were lacking in the relationship between the Army and McCann I want to end on a positive note.  There are many dedicated and well-intentioned members of the agency team.  It is critical that the Army and agency work together to leverage the passion on both sides of the account to build a team.  Of all the agency partners, the one shining example, and in my mind the reason McCann did not lose this account, is Weber Shandwick.  This was the one organization that I felt listened and adapted to the Army requirements the most rapidly and with the least resistance.

Let me be clear on one thing, although the marketing process in the Army is a bureaucratic nightmare that requires collaboration at many levels, the responsibilities for the failure to build a cohesive team between McCann and the Army was my responsibility alone.  On the other hand, many people deserve the credit for overcoming obstacles to achieve the improvements we were able to make that are now being talked about on the lecture circuit.

For other companies looking for an agency, don’t let the result of this government contract affect your decision.  Although there are many that use the Army as an example when it comes to leveraging social media and the story of how we changed Army Strong from being a “recruiting slogan” to something adopted by the internal Army, know this effort was not lead by McCann.  Just trying to manage expectations.

To Nick Brien let me offer a suggestion.  Fly to Fort Knox and meet with the program managers, the division chiefs, the director of marketing and the commanding generals of accessions command, recruiting command and cadet command.  I know the Army and agency are about to enter into planning.  Talk strategy with the generals and understand the frustrations in the creative process at the program manager level.  Prove to those who have worn the uniform and those who still do that you deserve this business.  My experience with McCann was there were many people on both sides of the account who were very dedicated to the Army.  With a effort from the top, this could truly be an example worth discussing in AdAge in the future.

I will close by saying I assisted Grey Group in their bid for the contract.  There are some who will assume I have written this because I am upset they did not win.  Yes, I am disappointed.  All I wanted was to see the Army get the best agency.  I wore the Army uniform for 24 years and my interest was never about money, but about the Army.  I chose Grey not based on pay they offered but because I believed (and still do) that they were the best agency for the Army.  My experience working with Grey was a complete pleasure!  Jim Heekin and Tor Myhren have done an amazing job of transforming Grey.  All the hype around this agency is well deserved and the humility of its leaders has prevented the true story of this dream team from being told.  Their ability to identify a problem to be solved and to approach the solution from a strategic level first was right in line for someone who spent the majority of his career as a planner/executer in the operational Army.  The complete integration of their work and their creative process was a pleasure to be part of.  I will leave it at that so as not to reveal any trade secrets.

DISCLAIMER: The views presented in this comment are not those of the US Army, any members of McCann or Grey Group and are mine and mine alone.  I am no longer under contract with Grey and am not seeking employment with them.  However, if I find myself running another large marketing campaign I might become one of their clients.