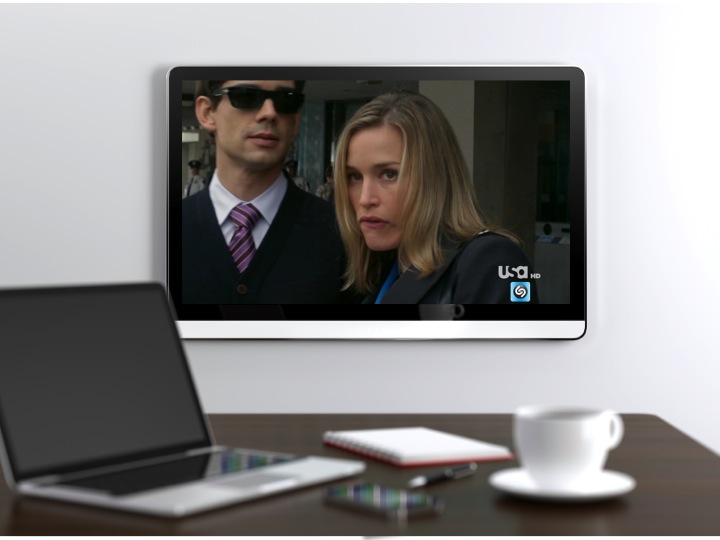 Imagine having an app on your phone that could do the same thing as a 2D Code (or QR Code) reader but with sounds.  That app exists, kind of,  and it is call Shazam.   For those of you not familiar with the app, Shazam lets you listen to a song, click on the app to identify the song and then buy it.  You can also share the song information on your social network.

USA Network and Shazam have recently partnered up to allow viewers of Covert Affairs to connect with other content.  The network says that they are considering expanding this to other programs.  As I watched this I wondered “What’s next?” and the thought came to me that this could be used as a simple tool to connect advertising within Television programs.  Imagine you’re watching your favorite show and the character is driving a car you really like and a small Shazam logo appears in the lower corner of the screen.  You click on your app and it connects you with more information.  This has the ability to improve the benefit of in program advertising.

As I did a little research for this idea I noticed that General Mills just launched a campaign for Crescents that uses Shazam for a 15 second commercial.

In addition to television this could also be used in movie theaters or for radio ads!  Imagine you’re driving down the road and an ad comes on the radio.  With the press of a button you could use the Shazam tag to get a picture with information from the ad or you could be linked to the company website.  If I were Shazam the difference between the two would be the package you purchased.

I don’t think this is too far from reality, what do you think?  How would you use it?

One thought on “Could Shazam become an Audio Code Reader?”