If you do build a great experience, customers tell each other about that. Word of mouth is very powerful.

In CareerBuilder’s 2012 annual job forecast they published the results of a survey conducted online within the U.S. by Harris Interactive  among over 3,000 full time hiring managers and HR professionals conducted throughout November 2011.  The following is a summary of their results.

Four Employment Trends to Watch in 2012

#1 – Compensation Getting More Competitive for Skilled Positions.  Employers expect compensation levels to increase for both current staff and prospective employees as recruiting for skilled talent becomes more competitive. 62% of employers plan to increase compensation for their existing employee base while 32% will offer higher starting salaries for new employees.

Social Value:  The impact of other employees or the organizations culture.  Think game room with an X-box, works for some, not for others.

Development Value:  The perceived benefit or working for the organization based on long term goals of the employee.  Mentor programs are a key component.

Personal Value:  The impact the organization has on personal goals that are non-work related.  Time with family, individual values, commute time and job locations are a few examples.

#2 – Voluntary Turnover on the Rise.  34% of human resource managers reported that voluntary turnover at their organizations rose in 2011. Employers pointed to the desire for higher compensation and feeling over-worked as the top two reasons employees gave for resigning. 30% of employers said they lost top performers to other organizations in 2011 and 43% stated they are concerned top talent may jump ship in the New Year. 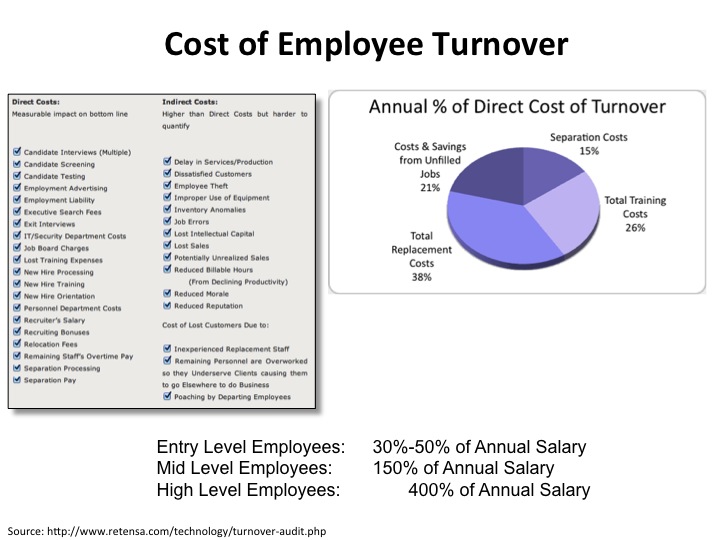 #3 – Employers Bridging the Skills Gap by Training Employed/Unemployed.  There is an increasing number of areas where demand for skilled positions is growing much faster than supply, prompting employers to take “re-skilling” workers into their own hands. Thirty-eight percent plan to train people who don’t have experience in their particular industry and hire them for positions within their organizations in 2012.

#4 – Employers Targeting Hispanic Workers, African American Workers and Women.  Aware of the benefits diversity can bring to their organization, 29 percent of employers said they will be focused on recruiting diverse workers to expand their employee demographics. One-in-five will be targeting Hispanic workers and African American workers to work for their organizations while the same number will be recruiting more women. 44% plan to hire bilingual workers in 2012.

Your employer brand can cost you customers.

StartWire, a start-up founded in 2011 conducted a survey of more than 2,000 job seekers and “found that 77% of respondents think less of companies that do not respond to job applications, and 58% would hesitate buying a product from a company that did not respond to their job application.”