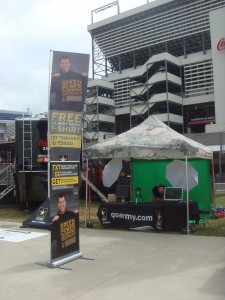 One of the final test programs launched before I left the Army was the use of mobile to drive more traffic to our interactive area, increase traffic to our website, and to test how receptive people would be to receiving mobile messages from the Army during an event. 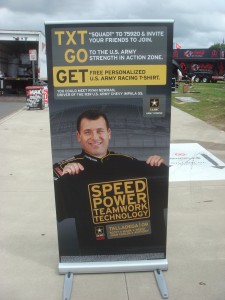 Text for a T-Shirt

The first option was to send a text to request a T-Shirt.  However, we took the concept a step further by encouraging them to build a “squad” of up to five friends.  Each squad member received a t-shirt and members were entered into a chance to meet Ryan Newman. 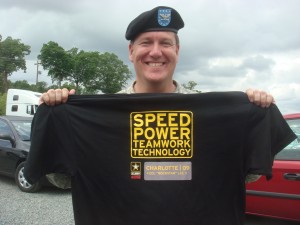 The other option was to have a photo taken in front of a green screen and then have info on how to retrieve it sent via text message.  Picture included a choice of either a NASCAR or Army related background. 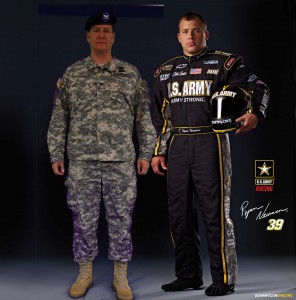