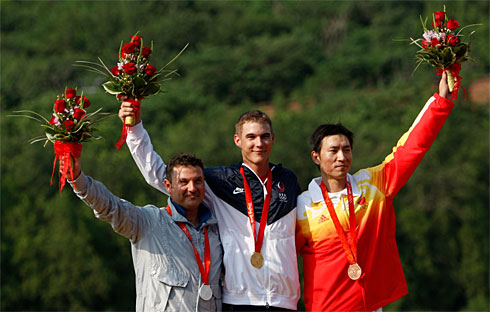 Our public relations team did a great deal to tell the story of the Army Soldiers who participated in the Olympics in Beijing.  There was a great deal of publicity prior to the game, including an appearance on the Today Show.  However, the publicity grew even greater after Sergeant Glenn Eller won a gold medal and set a world record for double trap and Private Vincent Hancok won a gold medal in Men’s Skeet.

However, we did more than public relations.  We were able to schedule events at places like the Bass Pro Shop for the Army Olympians to help educate the American public about the Army while coaching them on shooting skills.

More on other Army Athletes and the program run by the Army is located on events page of goarmy.com