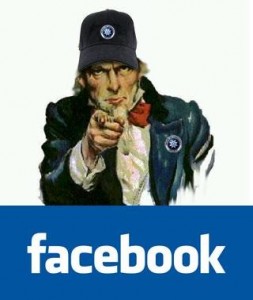 Certain branches of the military, such as the U.S. Marines, ban the use of social media because they are a “proven haven for malicious actors and content and are particularly high risk due to information exposure.” Today’s decision, handed down by the Office of Deputy Secretary of Defense William Lynn, will reverse that ban and others, such as the one the U.S. Army has had on YouTube since 2007.

The new policy is far-reaching, but as NYT’s At War Blog points out, it isn’t without caveats. The change only affects the military’s non-classified Internet network, known as NIPRNET. It also gives commanders at all levels leeway in temporarily banning specific social tools. In other words, you can expect some commanders to reinstate some of these bans for security reasons.

Regardless, we believe that today’s decision is a great step towards bringing families and friends closer to their loved ones overseas. More and more communication takes places over these channels — especially Facebook — and gives parents a chance to see what their son or daughter is up to and vice versa.