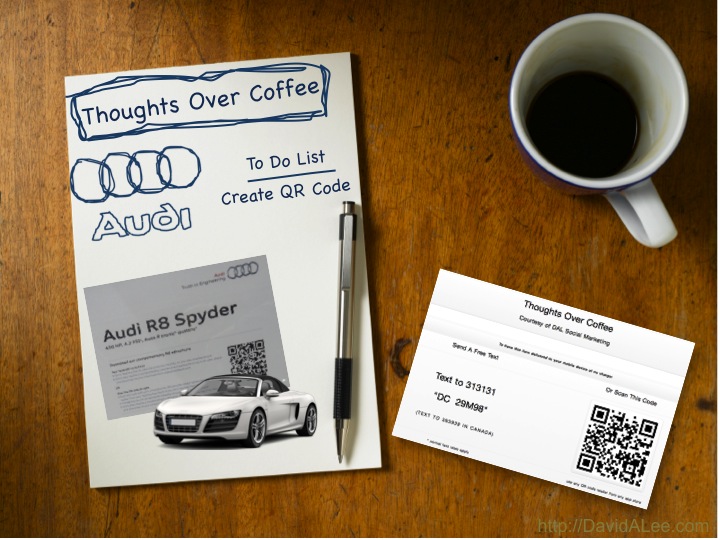 Today I attended the Minneapolis Car Show. Some of the vehicles are shown in the pictures below. However, what isn’t shown that I want to talk about is the use of QR codes.

Car shows are typically very static. At this one, Subaru had a tent set up outside and was offering test drives of three of their models. No one else had something like this.

Audi had a QR code on the Spyder. I clicked on it and all it revealed was a very large PDF file. A $200,000 car and all the QR code is give me a file that I could get from the dealership. I would have preferred a video of the car racing down a road. Just imagine the impact of me clicking on a QR code and my phone having a video and the sound of the engine where those around me could be interested in what I was looking at. At PDF is silent and generated no interest, for me, or for others around me. In addition, had they posted a great video I most likely would have shared it through my social network, but a PDF that’s over 60 pages, wasn’t shared with anyone. Missed opportunity!

For those who are curious, I was able to generate the QR code  and text number shown in the picture above through a website in less than 5 minutes.  The website I chose, which is the same one used by Audi, only provides statistics on number of scans, number of downloads and number of shares.  Other companies can provide details such as tell you the type of mobile phone used, the mobile carrier, the city/region, and other stats for each of your mobile web pages.