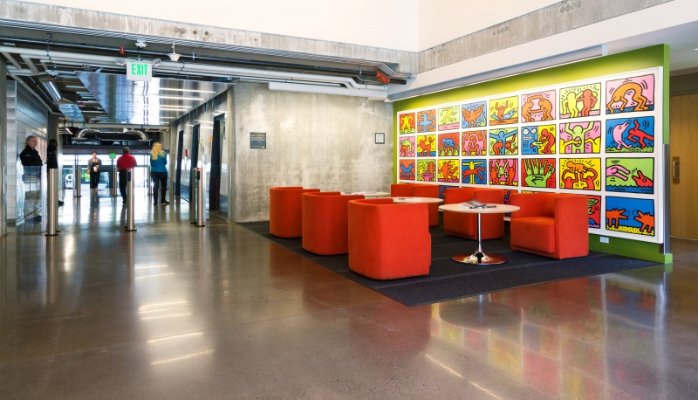 I received a couple of press inquiries asking me for insight into Amazon. One “staff writer” proudly proclaiming how they have already published a story today “from a former employee explaining how people even worked while on the toilet.” Thanks for the offer to share my story anonymously but that isn’t how I do business.

I worked for Amazon from March 2012 to March 2014 and I did not experience a company as bad as the one described by Jodi Kantor and David Streitfeld (or people working on a toilet) but I do think there are things Amazon can do better, just like any other company. To be transparent, I never met Jeff Bezos in my time at Amazon and I never had the opportunity to visit a fulfillment center so I won’t discuss any stories that have come out about those locations. I wasn’t a senior executive so my insights are limited.

The New York Times story highlights the employees at Amazon’s headquarters but the largest number of employees work in the fulfillment centers (warehouses). As I read the New York Times story comments some customers talk about leaving Amazon based on this one article. That is disappointing and it highlights the importance of responsible journalism. Any reporter can find employees who are not happy with their company, even Google that continually is recognized as a Best Place to Work, has people leave for other companies; I worked with a few at Amazon.

The Reality of Working at Amazon

I was hired to build an Employer Brand program at Amazon.  The one thing that I did not grasp before I started was the real Amazon culture and this is one of the most important things to understand when evaluating stories about Amazon. The company told me about the Leadership Principles throughout the hiring process and how they were part of the company’s DNA.  This is true.  What is just as important is to understand what I experienced.

The company has grown rapidly and while I was there I saw people hired for all levels with little training on the Leadership Principles. Between 2012 to 2014 the company grew from 56,000 employees to over 100,000 and these people did not leave their old company culture behind and immediately understand the Leadership Principles on the day they received their badge. Despite what people want to believe you don’t hire a culture fit, you must develop it. In the US Army I watched civilians go through nine weeks of training to become Soldiers and even after that still had much to learn to understand the culture. Then there are the sub-cultures within the service based on job function or unit of assignment. This subculture is what I experienced at Amazon. When customers hear the name Amazon they think of one company but the reality is that it is made up of lots of teams focused on solving different problems for different customers. Many employees don’t even know all that the company does. When I had to develop Amazon.jobs we created team pages to allow these groups to highlight their differences because Amazon is really Kindle, Music, Instant Video, Customer Service, Payments, Fulfillment, Wine, Mom, Prime and many, many more teams lead by different managers with different leadership styles that ultimately report up to Jeff Bezos.  What it is not is the team categories listed on the site.  These are simply ways to help candidates understand the company.  If someone had to search based on the real organization names and structures you’d be thoroughly confused trying to find teams you knew existed.

While there I saw teams that had high turnover and one that had no turnover for over 6 months. I witnessed managers who had expectations of employees working long hours. Not being “online” on instant messenger meant you were not working while others judged performance based on work accomplished. My bet is Jeff is more concerned about the latter than the former but the company growth masked high turnover from the manager demanding long hours on his team.   The rapid growth had lead to challenges with work life balance that is compounded by bad managers. This is not unique to Amazon, I hear similar stories from friends about other companies.

The LinkedIn post by Nick Ciubotariu tells a story as he sees it but I am confident is also not reflective of all employees. He is a software development engineer and in my experience they have a very different perspective than employees in other job functions.

Let me add one more point of view that I think is somewhere between the two that are currently being discussed.

Why I went to work at Amazon

I was drawn to Amazon by the stories of being a place “where builders can build.” I had a desire to develop a model employer brand program. I wanted to do something that would make a difference in a relatively new career field and I believed Amazon could be that place.

I lead two major projects at Amazon; the development of amazon.jobs and game.amazon.jobs as well as creating a social media presence on Facebook and expanding the use of LinkedIn. In 2012 there was no single careers site for all Amazon jobs. In fact, searches revealed nearly 100 various sites, some linked to a marketplace site and many were not. This was caused by the decentralized business and recruiting structure. Once I secured budget approval my mission was to develop one site that the businesses would want to use. I was told neither Jeff nor Tony Galbato (Head of HR) would mandate that teams had to use this new site. This speaks to one of the leadership principles, ownership. I owned it…success or failure. I had to influence people to use something I knew was right to improve the candidate experience. I also worked to develop the game to help educate people about all the opportunities at Amazon and connect them to the career website in a way that would be fun. All of this was done with 2 agency partners and 1 other person on my team who did an amazing job developing hundreds of pages of content. This was exciting and terrifying at the same time but it was exactly why I went to work at Amazon.

Why I Left Amazon

The main reason I left was work-life balance. As we built Amazon.jobs I was working 70-80 hour weeks. It was not uncommon for me to need to work from home on weekends. Turnover of recruiting directors within the company compounded the challenges I had with my projects. I still had the desire to create the model employer brand program so it left me with only two options, stay or leave. Moving to another team for a different role was not an option for me. I felt I had achieved all I could with the resources I was provided and made a decision to leave. After I left, the woman who reported to me moved to another team. I heard later that the number of roles on the team quickly grew to four so it is possible that work life balance is improving at Amazon.

Do I Regret Working at Amazon?

Nope, I built some really great things. I was disappointed that I was unable to develop some other ideas I had which include:

Some additional thoughts for…

Reporters. Do more detailed research. There are two resources that you can get some indication on the validity of your story, Glassdoor and Indeed. In 2012 Amazon had a Glassdoor rating of 3.1 and today their rating is 3.4 based on over 5,800 reviews. However, the algorithm used by Glassdoor to compute this rating has changed so make sure you contact them to verify any data you use from their site.   The ranking on Indeed is 3.7 based on over 3,800 reviews. Do you know the difference in the sources for these ratings? Glassdoor accepts reviews without proof of employment and therefore there is a mix of current and past employees. Indeed requires all reviewers to use their company email address to verify employment. Finally, ask the company about employee referrals. Employees tell the good, the bad and the ugly to their friends about their job. If their friends still want to join them that tells you a great deal about the company. FYI – Amazon had a very strong employee referral program when I left the company.

Customers. Don’t let bias reporting influence your loyalty to a brand. Amazon doesn’t provide free meals or perks to employees offered by other companies. Why? So you can have low prices and I was fine with that. The food trucks and restaurants around Seattle have far better food than the free meals I had when I visited Facebook and LinkedIn.

Candidates. Do your homework and ask lots of questions. Interviews are a two-way process. Although I ran my own consulting business after the Army, Amazon was my first civilian employer. I did not ask enough questions before I accepted the offer and as a result my expectations exceeded the reality for the role. The lack of a bureaucracy creates its own set of challenges when working across multiple businesses and it took me a while to understand this.  Why join Amazon?  It’s about empowering customers.  Each business empowers customers in their own way.  Why not join?  The same reasons you wouldn’t join any other company.

I hope this helps give some perspective on working at Amazon. Go to Glassdoor and Indeed for lots of others.

Now its time to play some music on my Amazon Echo and go to Amazon.com to order college books for my daughter.

This post reflects my own thoughts and does not reflect those of Amazon or my current employer.