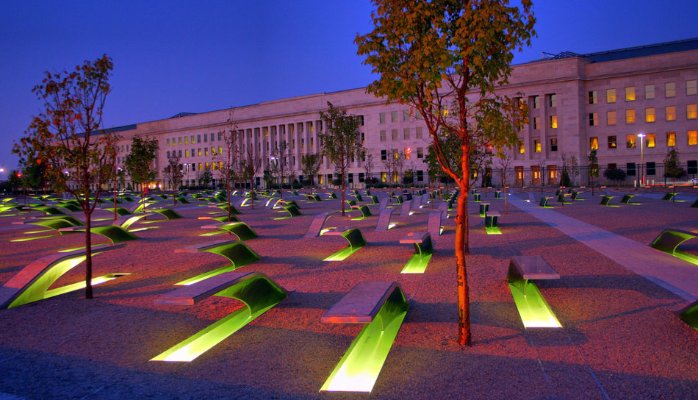 Last night my son asked if he could interview me for a school project.  I agreed without asking what it was for and told him to ask his first question.

My son is 13, he wasn’t alive on that terrible day.  In 2009 I hung up my uniform and retired from the Army and so he doesn’t really remember me as a Soldier.  I began not realizing where this interview would go.

I was sitting in a classroom in Maxwell Air Force Base.  We had the television on in the room and began to prepare a presentation for the next day.  As the lone Army officer in a room filled with pilots and other USAF officers I listened as they speculated what could cause the accident.  At this point the first plane had crashed into the northern tower of the World Trade Center and no one understood what was happening.  As we watched, the second plane crashed into the other tower and a buddy sitting next to me said in shock, “Dave, what does this mean?”  Without hesitation I responded, “We’re going to war.”

What did you do the rest of that day?

Initially we watched the news in shock.  All thoughts of our project were forgotten.  At some point an announcement came over the intercom that we were not to leave the building.  There were concerns that terrorists could be on the base and searches were underway to secure the installation.  The front gates were closed and anyone trying to access the facility had their car searched.  The lines grew and people were waiting hours to get through the gate.  What had been a somewhat open facility the day before now required people to have an ID card issued by the Department of Defense to access the base. Around the country the US military would quickly close itself off from the nation it served.  After a few hours we were sent home and classes were canceled the following day.  We knew our lives were about to change.  When classes finally resumed there was a renewed focus because we all anticipated that we would apply what we were learning as soon as we graduated.

Were you permanently changed by the events of that day?

Unlike thousands of others around the country who lost family or friends I wasn’t impacted as much that day as I was in the years to come.  On September 3, 2003 I took command of a battalion of 625 Soldiers.  We were now at war in Iraq and Afghanistan.  Over the next 21 months I watched new officers and Soldiers arrive in the unit.  The officers had been in college on the day we were attacked and many of the new Soldiers had been in high school and volunteered to join an Army at war.  I was in awe of these great men who came from all walks of life to defend our country.   In 2004, when my son was almost 2, the battalion was responsible for leading the deployment of nearly 5000 Soldiers to Iraq; 52 would make the ultimate sacrifice and many more would be wounded.

My next assignment took me to the Pentagon.  The memorial was still a design concept but the damaged part of the building was rebuilt and other work was underway to update this amazing structure.  I took time to tour the site and imagine what it must have been like for those working here that day.  Even though I worked at a desk I was reminded every day of the wars that we were fighting.

In 2007 I took over the Army Strong campaign and went to Walter Reed Army Medical Center where I had a chance to meet with some incredible wounded warriors.  It was important to me to meet Soldiers who had experienced the horrors of war to know if they regretted their choice to join.  The first person I met was Greg Gadson.  Greg had been the 2-32 FA battalion commander before an IED explosion ultimately cost him both of his legs and injured his arm.  The operation officer for the battalion had been the executive officer in my battalion and when he found out I was going to Walter Reed asked me to visit his boss.  Greg is an amazing human being who inspires anyone who meets him.  Later that year his West Point football teammate and friend would invite him to meet the NY Giants.  The team would go on to win the Super Bowl that year and attributed their success to inspiration from Greg and as a result presented him with a Super Bowl ring.  After meeting with Greg we moved down the hall to meet with other Soldiers.  My son had never heard this next story and I pause before I begin.  The memory alone brings tears to my eyes.  One young Soldier who was missing his left arm and leg and had shrapnel wounds on his face told me the doctors said it would take him at least 6 months before he could be fitted with a prosthetic leg.  He looked at me and said, “I am going to make my parents proud and get out of here before that.”  I was choked up by this and the only words I could find were “Son, I am sure they already are.”  A few months later I happened to see a story on CNN about Walter Reed and improvements to prosthetic limbs and in the story was this same Soldier walking down the hallway with a big smile.  Every man and woman I met that day had one common wish, that they could still be in Iraq or Afghanistan with their buddies.

To my son, thank you for the interview.  You reminded me that despite how terrible that day may have been I had the opportunity to serve with some of the best people our country has to offer.  Officers, noncommissioned officers and Soldiers all who volunteered to serve our nation some who made that decision even though we were fighting two wars.  I wish more Americans could know these amazing people because I am confident that if they did no veteran would be unemployed and the families of those who lost a loved one would find a new network willing to help them move forward with their lives.